JORDAN STACK; A CUT ABOVE THE REST!

Smiles is working on a couple of ground breaking studies with Professor Andy Copp at the Institute of Child Health at UCL and Dominic Thompson at Great Ormond Street. Dominic was Grace’s Neuro-Surgeon. Throughout the web site you will find progress reports, together with a report from one of our Patrons, Emma Jackson who spent time working on the projects in her gap year before embarking on a Medical degree at Cambridge. Here is the latest update from Vicky Jones who is working on the projects.

Things are progressing well with both projects.

Firstly, the genetic work: we now have the entire genome sequenced from the two families with a family history of spinal lipoma (that is a string of 3 billion letters for each person!). The first step has been to align these huge strings of letters to allow comparison between individuals. The second step has been to identify which areas actually code for genes. We are now in the process of looking at the individual genes and comparing them firstly to a reference database of what is considered to be normal, and secondly between individuals of the families.

In addition we have also been able to identify two further families where the child had a spinal lipoma and a grandparent had features suggestive of lipoma. Their histories aren’t as strong as our original two families but we have also sequenced these two families and are comparing them to our original families which will hopefully make any positive results more compelling. As soon as we have any definitive results we will let you know!

Secondly, the biomarker work: we have finished fine tuning our phospholipid detection method and are now able to detect as little as 3 nanograms in a ml of fluid. We have run the spinal fluid and urine samples and shall be running the blood samples over the next few weeks. Once all the samples have been run and the data collected we will be able to start the analysis to detect differences between our symptomatic and asymptomatic patients.

We have been working on a new way to classify children with spinal lipoma, grading them based on a number of different features that include symptoms but also features on scans and even some tests of nerve function that we are able to carry out during surgery. Hopefully this will give us a more accurate measure of how much a child is affected by their spinal lipoma and therefore a more sensitive biomarker.

Once again many thanks for your ongoing support. 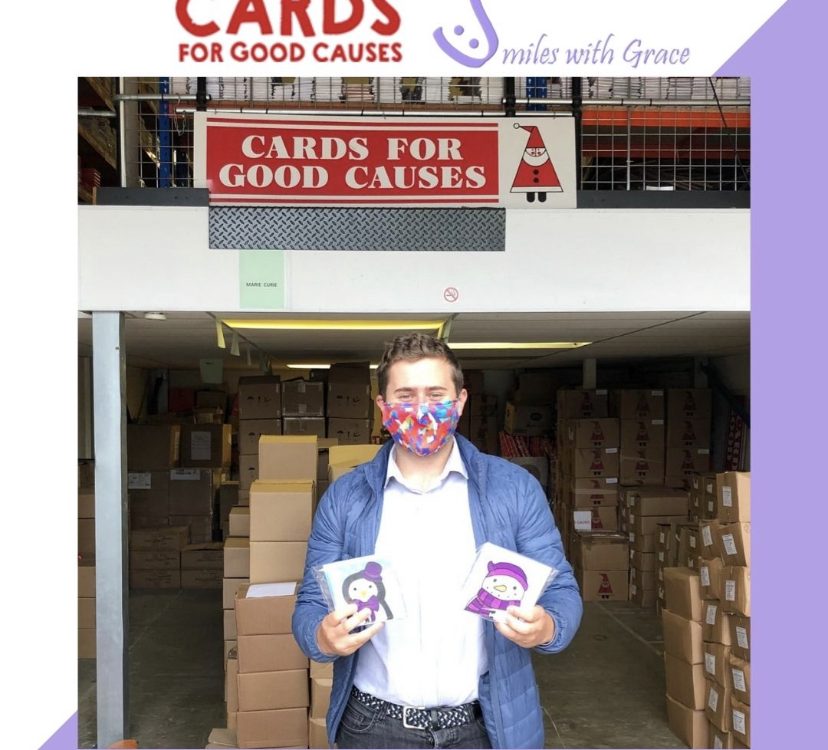 ‘Smiles With Grace’ Christmas Cards and ‘Cards for Good Causes’